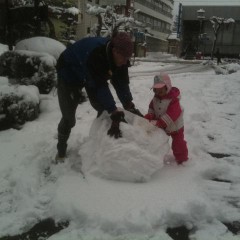 Misaki helping with the snowman

Snow! It's been a while since we've gotten so much of the white stuff.

But this snow is 'kami-yuki', meaning it came from Tokyo and the Pacific Ocean side of Japan.

That means it will melt away quickly, as opposed to snow coming from the Sea of Japan side which tends to stick around a lot longer.

Come on Misaki, let's build a snowman before the snow melts away! 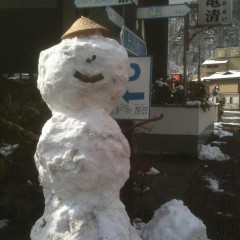